Storing Teas for Aging vs. Preservation

Posted on September 5, 2014 by Janice and Stephen Shelton

A lot of talk about aging various teas beside just pu-erhs has been popping up online recently. So, we wanted to take time to differentiate between just storing a tea to preserve it for later and storing a tea to age it. 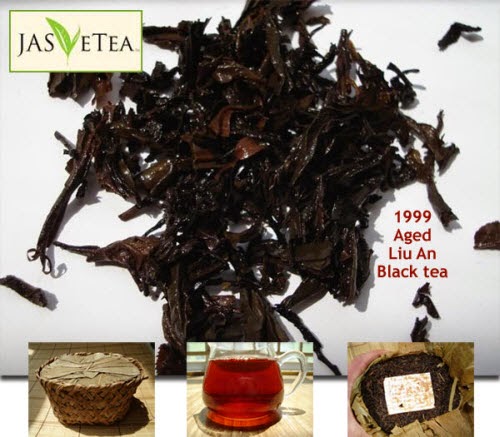 Storing Tea to Preserve It

A lot of information is available about storing teas to help them last. The goal is to keep the flavor about the same as when the tea was first processed. Air, odors, moisture, and light are all shut out. Plus the teas are kept in a cooler environment, sometimes even in a refrigerator or, under the right conditions, in the freezer. If done well, the tea can last months and even years. Considering the time, effort, and expense of growing, harvesting, and processing them, this seems very worthwhile.

Storing Tea to Age It

This seems to be increasingly common. The goal seems to be to modify the tea’s flavor through a process similar to what pu-erhs undergo. An example is in an article where the author discusses his experience with aged white teas in Fuding, China. The oldest were from 2006. He describes the flavors as unlike the faint ones from most white teas on the market (I’ve seen numerous comments from folks who say that white teas are tasteless) – the aged versions progressed to richer and more honey sweet flavors with fruity fragrances (he names dates, figs, and grapes) the older they were. Aged oolongs are also being marketed. The question remains as to whether they are made better by the aging or if they are just being preserved. One site says the tea master examines their tea every 2-3 years and possibly re-roasted if they contain excess moisture – this will help retain the tea’s flavor. However, after 3 years, the flavor changes are said to begin, mellowing noticeably, until at about 15 years they are considered mature. Another oolong expert (oolongs seem to be the type of tea used most for this non-puerh aging) emphasizes the flavor change while keeping the same mouthfeel or even increasing it slightly.

The idea here is to keep the tea viable and not let it go stale during the aging process. The key is to start with a tea that still has good fragrance in the leaves and not too much moisture (if you want to age an oolong, experts recommend that you start with a roasted oolong with a strong mouthfeel – Baozhong, Dong Ding, and Iron Goddess Tie Guan Yin are top choices). The aged tea will lose its original taste and fragrance but will develop new ones. Key techniques for this aging process are a proper container (an airtight stoneware canister is recommended), a cool environment (50-60°F), and occasional examination of the tea, especially during the first few years, to watch for excess moisture build-up. You know you’re on the right track if after 5 years you begin to detect raisiny, pruny, or even herbal aromas.

In our “gotta have it now” society” waiting 10-15 years to age an oolong, white tea, or other in order to improve the flavor is a real test of patience. So, why bother? The flavors that await you. They will be richer, warmer, and more complex. And some report an increase sensation of “cha qi” (tea energy) from these teas. Only you can decide if it’s worthwhile for you.

We carry several aged teas that seem to have borne up well over the years.

About Janice and Stephen Shelton

Purveyors of Premium Teas
View all posts by Janice and Stephen Shelton →
This entry was posted in Tea Info for Newbies and Up and tagged aged tea, JAS-eTea. Bookmark the permalink.