The Changing World of Tea

Posted on January 13, 2016 by Janice and Stephen Shelton

As the saying goes, change happens. Well, actually, some folks use a slightly different wording, but we prefer a bit more civility here. Certainly, in the world of tea things change constantly. And we keep up as best we can here to assure that you get the best tea always and stay informed. The true challenge, we find, is sorting the real from the fiction.

Sorting the Real Change from the Fictional Change

As in anything, rumors about tea are flying everywhere, including some company buying this or that tea vendor. Some rumors are true (Starbucks did buy Teavana, The Coca Cola company does own Honest Tea, and there really is such a thing as purple tea) and others are not (Brits have not given up on tea and switched to coffee – while they have increased their coffee consumption, they still rank near the top in the world on tea consumption at a national level).

So how do you sort the real from the fiction? By doing some digging online and elsewhere. These days, anything you hear on a social media site that cannot also be found on regular news sites is questionable at best. If it has to do with a business issue such as named above, then it should be on sites that track such news (Wall Street Journal, NASDAQ.com, etc.). Otherwise, just let the info slide by and see if it pops up later on. Better to be a bit late in announcing something to your blog or social media followers than to pass along something inaccurate that you will need to retract in the near future.

Some Real Changes to Note

We really are becoming more focused on tea not only as an alternative to coffee but as a beverage to enjoy in a way other than heavily sweetened iced tea (called “sweet tea” in many parts of the U.S., especially the Southwestern States). Along with this comes various newfangled devices that try to fit this expanding appreciation for tea not only into our hectic lifestyles but also in with the trend toward more ways of enjoying the outdoors. Not only did Keurig get into the act with their refillable cups that you can use for some of your faves such as Oriental Beauty and Da Fong Hao (something we wouldn’t personally recommend, however), but designers around the world have a dizzying array of steeping options based on using loose leaf teas and being able to re-infuse those leaves to get every luscious drop.

Expansion of tea growing in the U.S., Great Britain, and a few other places appears to be picking up steam. Good to see since demand for premium tea is also expanding. 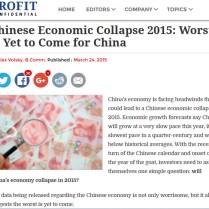 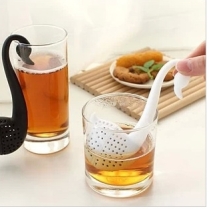 Recognition for a tea champion 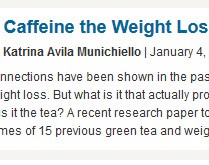 Some Things That Never Change

A quick perusal of tea news headlines show that these topics continue to dominate:

Just do your homework, be skeptical when something seems too fantastic or too good to be true, and stay with your own tea tastes!

About Janice and Stephen Shelton

Purveyors of Premium Teas
View all posts by Janice and Stephen Shelton →
This entry was posted in Tea Info for Newbies and Up and tagged change, new, tea. Bookmark the permalink.